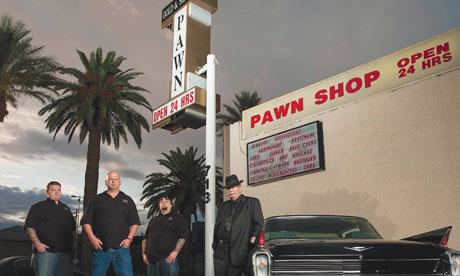 Leftfield Pictures, the producer of US cable hit Pawn Stars, is planning to enter the UK market, either by buying a reality production company or hiring an experienced production boss to set up a division.

The strategy follows the company’s recent acquisition of US indie Sirens Media, which produces Real Housewives Of New Jersey, and comes after Leftfield began production on a UK remake of Pawn Stars for pay-TV broadcaster History.

“We’re looking at whether to acquire a company or find a great managing director who could run an operation for us. We can’t send an American over there to run Leftfield UK,” says founder Brent Montgomery.

Leftfield, which also produces American Restoration and Counting Cars, is keen to take advantage of the UK’s terms of trade. The idea is to monetise the IP rights to shows internationally, something US producers aren’t often able to do.

“In the UK, we’re looking for producers that can make similar style shows,” says Montgomery. “Then when we have an idea, we could flip it over to make it in the UK first, to own the IP. We want to broaden our portfolio and have more IP.”

Montgomery is leading the search, alongside head of business development Ed Simpson. The latter is a Brit who was previously executive producer of development at the BBC, where he developed international formats and produced Top Of The Pops.

“There’s a lot of UK talent that does storytelling in a different way, which can help us over here as well,” says Montgomery.

The company has recently delivered a number of episodes of Pawn Stars UK, which swaps Las Vegas for the north of England, and is wrapping up post-production with a view to a launch later this year. It has also secured an as-yet-unannounced commission from National Geographic’s London production hub, run by Hamish Mykura.

Montgomery, who previously worked on the US version of RDF’s Wife Swap and a local version of Blind Date, is keen to build on the company’s acquisition of Sirens Media last month. That was a landmark debt-funded deal, financed by Barclays, RBS Citizens and Sun Trust, and brokered by Thomas Dey’s About Corporate Finance.

“When I told Thomas I didn’t want to give up equity, he looked at me like I was crazy, but then he helped go out and get financing for me,” says Montgomery. “This had been done in the UK many times and we were very fortunate to be the first to do it in the States. It isn’t like England where producers have a lot of IP. It’s not an asset based deal, so that was tricky for banks to deal with at first.”

The struggle to secure ancillary rights to shows has meant the US production community has seen less consolidation than the UK, but this is starting to change. ITV Studios, for example, snapped up Duck Dynasty producer Gurney Productions, and Core Media bought Man V Food producer Sharp Entertainment, basing the deals on the idea that US indies will have more negotiating clout if they are part of a larger group.

Montgomery says Leftfield is searching for more US production companies with returnable series, rather than splashy one-offs. “It would be nice to have IP and more money on the back-end, but in the US you get more money up front and don’t have to worry about going over budget or deficit-financing.”

In addition to Bravo’s Real Housewives Of New Jersey, Sirens produces a number of reconstruction- style series, including Who The Bleep Did I Marry for Investigation Discovery and TLC’s Strange Sex.

Montgomery says Sirens was also a great fit: “There’s no company out there that’s more complementary than Sirens, which is run by two super-successful female producers who have made their mark. They make one of the most compelling ensemble shows in the past 10 years with Real Housewives Of New Jersey.

“While that’s nice and splashy, they also have a robust slate of reconstruction shows that were very appealing because we’ve seen what that type of show has done for Discovery ID, which is one of the fastest-growing US cable nets of the past five years.”
Back